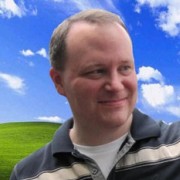 Greg is an entrepreneur that specializes in website hosting and design, search engine optimization, and content marketing. Greg and Dave have been friends for years and believe that these T8 bulbs will make it unbelievably easy for large office buildings, hospitals, schools, colleges, grocery stores, and similar commercial spaces and to radically reduce their electricity footprint, reduce hazardous waste in landfills, and save thousands per year.

What caused the recall?

Prompting the recall, Cree received four consumer reports citing incidents of overheating and melting involving their T8 LED lamps. Further research and testing showed problems stemming from electrical resistance between the spring contact and the printed circuit board causing electrical arching which can lead to overheating.

What products were affected?

The recall affected more than 700,000 units, 9 SKUs in total. An additional 11,500 were sold in Canada. The 4-foot tubes, which were manufactured in China and imported by Cree, cost approximately $22 each and were sold to commercial lighting customers and exclusively at Home Depot stores from August 20, 2014 to April 30, 2015. All units were officially halted on April 30, 2015.

Cree representatives continue to emphasize that this recall is an isolated incident and does not affect other product lines. However, this is not the first recall for Cree. According to their recall section on their website, in August 2014 Cree issued a recall of their LED High-Bay Luminaries citing the glass lens on the fixture can break, posing a laceration hazard.

How this impacts consumers

With any fire and burn hazard, come extreme risks for consumers. Fires can quickly spread and consume a business, before any action can even be taken.

We knew this was going to happen when they released this tube. We had some of the same concerns about five years ago with overheating. A couple of the “Big Brands” wanted to jump on the bandwagon without doing enough testing and this is what happens. If you read one of their warranties, it states “Up to THREE hours of use per day”. What business is open three hours a day?!

Our tubes have been tested on BP oil tankers for over four years now without one failure and they are still going strong. We were the first to come out with it, we have all the patents, and most importantly we are UL Listed and DLC.

What are my options?

Our bulbs are fire-free and work EVERYWHERE! They are guaranteed to work for up to 5 years. Please contact us for updated pricing at 412-523-6047. We ship anywhere.